Via The New York Times. 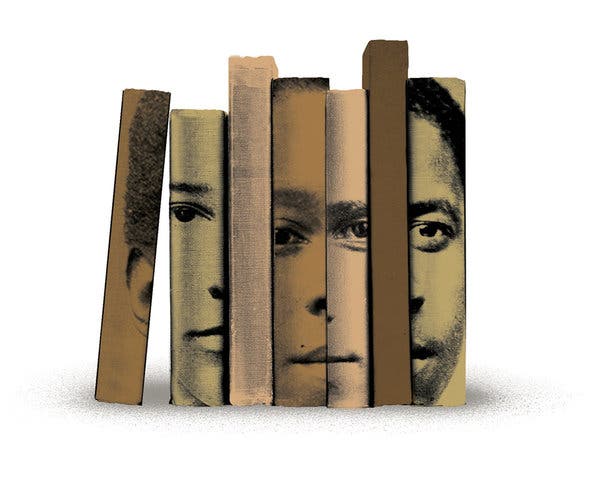 No one becomes “not racist,” despite a tendency by Americans to identify themselves that way. We can only strive to be “antiracist” on a daily basis, to continually rededicate ourselves to the lifelong task of overcoming our country’s racist heritage.

We learn early the racist notion that white people have more because they are more; that people of color have less because they are less. I had internalized this worldview by my high school graduation, seeing myself and my race as less than other people and blaming other blacks for racial inequities.

To build a nation of equal opportunity for everyone, we need to dismantle this spurious legacy of our common upbringing. One of the best ways to do this is by reading books. Not books that reinforce old ideas about who we think we are, what we think America is, what we think racism is. Instead, we need to read books that are difficult or unorthodox, that don’t go down easily. Books that force us to confront our self-serving beliefs and make us aware that “I’m not racist” is a slogan of denial.

The reading list below is composed of just such books — a combination of classics, relatively obscure works and a few of recent vintage. Think of it as a stepladder to antiracism, each step addressing a different stage of the journey toward destroying racism’s insidious hold on all of us.

No book destabilized my fraught notions of racial distinction and hierarchy — the belief that each race had different genes, diseases and natural abilities — more than this vigorous critique of the “biopolitics of race.” Roberts, a professor at the University of Pennsylvania, shows unequivocally that all people are indeed created equal, despite political and economic special interests that keep trying to persuade us otherwise.

Some of the same forces have led Americans to believe that the recent success of black immigrants from the Caribbean proves either that racism does not exist or that the gap between African-Americans and other groups in income and wealth is their own fault. But Model’s meticulous study, emphasizing the self-selecting nature of the West Indians who emigrate to the United States, argues otherwise, showing me, a native of racially diverse New York City, how such notions — the foundation of ethnic racism — are unsupported by the facts.

THE CONDEMNATION OF BLACKNESS
Race, Crime, and the Making of Modern Urban America

“Black” and “criminal” are as wedded in America as “star” and “spangled.” Muhammad’s book traces these ideas to the late 19th century, when racist policies led to the disproportionate arrest and incarceration of blacks, igniting urban whites’ fears and bequeathing tenaciously racist stereotypes.

THEIR EYES WERE WATCHING GOD

Of course, the black body exists within a wider black culture — one Hurston portrayed with grace and insight in this seminal novel. She defies racist Americans who would standardize the cultures of white people or sanitize, eroticize, erase or assimilate those of blacks.

THE NEGRO ARTIST AND THE RACIAL MOUNTAIN

“We younger Negro artists who create now intend to express our individual dark-skinned selves without fear or shame,” Hughes wrote nearly 100 years ago. “We know we are beautiful. And ugly too.” We are all imperfectly human, and these imperfections are also markers of human equality.

THE BLACKER THE BERRY

Beautiful and hard-working black people come in all shades. If dark people have less it is not because they are less, a moral eloquently conveyed in these two classic novels, stirring explorations of colorism.

THE AUTOBIOGRAPHY OF MALCOLM X

By Malcolm X and Alex Haley

Malcolm X began by adoring whiteness, grew to hate white people and, ultimately, despised the false concept of white superiority — a killer of people of color. And not only them: low- and middle-income white people too, as Metzl’s timely book shows, with its look at Trump-era policies that have unraveled the Affordable Care Act and contributed to rising gun suicide rates and lowered life expectancies.

LOCKING UP OUR OWN
Crime and Punishment in Black America

Just as Metzl explains how seemingly pro-white policies are killing whites, Forman explains how blacks themselves abetted the mass incarceration of other blacks, beginning in the 1970s. Amid rising crime rates, black mayors, judges, prosecutors and police chiefs embraced tough-on-crime policies that they promoted as pro-black with tragic consequences for black America.

BLACK MARXISM
The Making of the Black Radical Tradition

Black America has been economically devastated by what Robinson calls racial capitalism. He chastises white Marxists (and black capitalists) for failing to acknowledge capitalism’s racial character, and for embracing as sufficient an interpretation of history founded on a European vision of class struggle.

As racial capitalism deprives black communities of resources, assimilationists ignore or gentrify these same spaces in the name of “development” and “integration.” To be antiracist is not only to promote equity among racial groups, but also among their spaces, something the black power movement of the 1960s and 1970s understood well, as Joseph’s chronicle makes clear.

HOW WE GET FREE
Black Feminism and the Combahee River Collective

I began my career studying, and too often admiring, activists who demanded black (male) power over black communities, including over black women, whom they placed on pedestals and under their feet. Black feminist literature, including these anthologies, helps us recognize black women “as human, levelly human,” as the Combahee River Collective demanded to be seen in 1977.

REDEFINING REALNESS
My Path to Womanhood, Identity, Love & So Much More

I grew up in a Christian household thinking there was something abnormal and immoral about queer blacks. My racialized transphobia made Mock’s memoir an agonizing read — just as my racialized homophobia made Lorde’s essays and speeches a challenge. But pain often precedes healing.

By not running from the books that pain us, we can allow them to transform us. I ran from antiracist books most of my life. But now I can’t stop running after them — scrutinizing myself and my society, and in the process changing both.

Ibram X. Kendi, a professor and director of the Antiracist Research & Policy Center at American University, is the National Book Award-winning author of “Stamped From the Beginning: The Definitive History of Racist Ideas in America” and the forthcoming “How to Be an Antiracist.”

Via The New York Times.